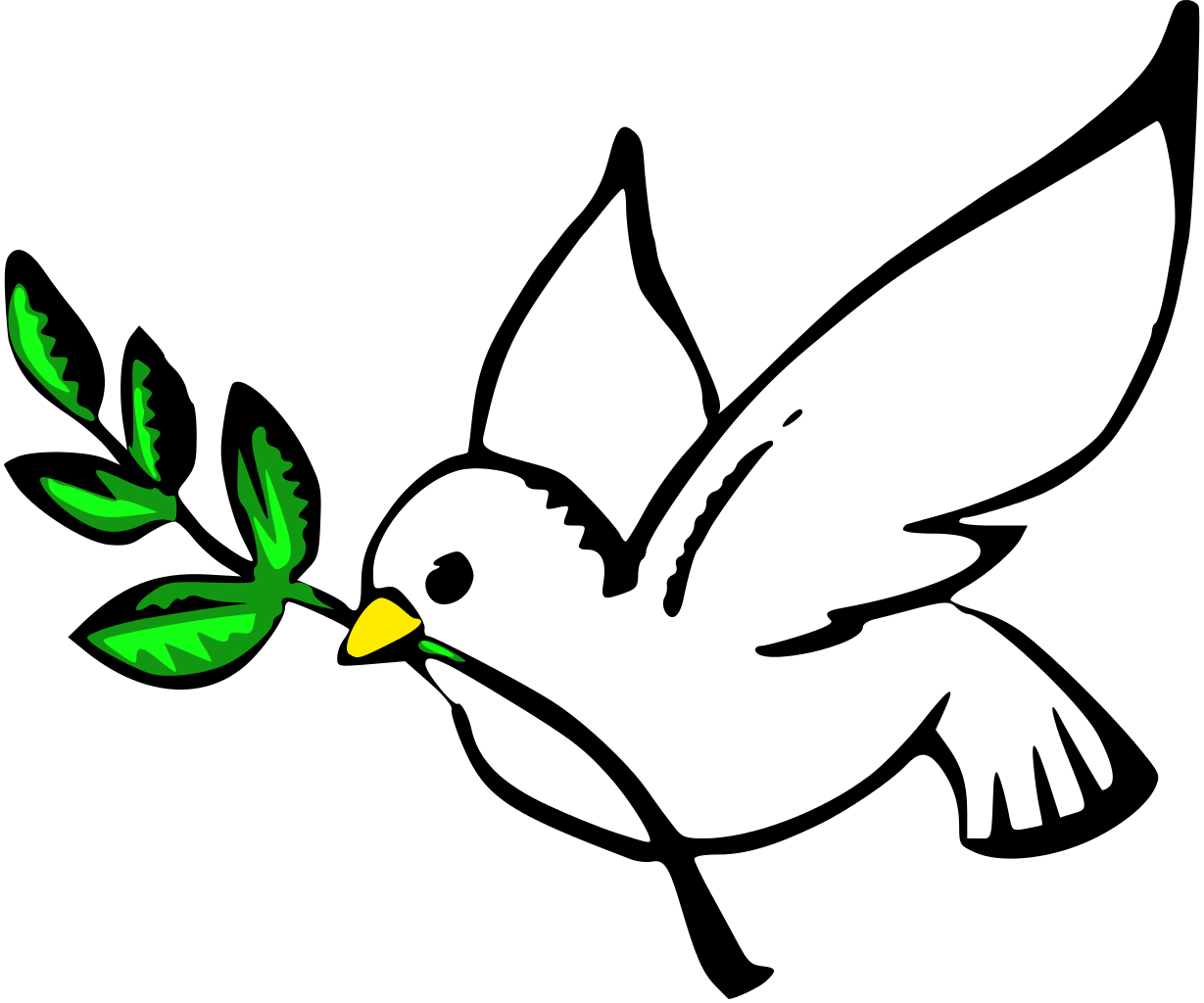 One evening in November 1969 Allyn and I were sitting around after dinner talking about a Vietnam War moratorium that was going to take place in Washington D.C. that very weekend, November 15. I suddenly said “Why don’t we go?”

Allyn had a former colleague, who was the drama teacher before Regina, whom I knew from my time. This very nice young woman, Cathy, now lived in D.C. with her husband who was an MD at Johns Hopkins Hospital. I knew Cathy somewhat too since she had been substituting before she got married and moved to Washington D.C. Allyn called her up that very evening and she said immediately “Do come! You must.”

Even the drive down to D.C. was an experience. Anywhere you stopped for a cup of coffee or a snack there seemed to be nothing but people headed for the moratorium. The ambiance was something we had never seen on a U.S. expressway or anywhere in the States, people hugging each other from the sheer pleasure of meeting people who thought the way they did.

The day began on a cold November morning with thousands and thousands of people gathered in a throng on the National Mall. Woolen hats, gloves and woolen scarves were seen all around us. We were supposed to assemble at the Washington Monument,  but we were packed so tightly that nobody could move at all. We had been expressly told to stick to the Mall so the mass of us would be clearly visible. In other words, we should not go over onto Pennsylvania Avenue. At some point though everybody realized that there was no way we could move at all towards the Washington Monument. Masses of people went over to Philadelphia Avenue and finally we managed to move. There were Cathy, Allyn and I and some other friends and we were all freezing. We got a fairly good spot where we could see very well the singers and speakers up on the tribune in the center of the Mall. There were good loudspeakers and we heard quite well.

Some of the time we were sitting down on the grass, but especially memorable were of course the moments when we were standing up, everybody holding hands and singing along with Pete Seeger: “That’s all we are saying, let’s give peace a chance”. It was profoundly moving and we actually could barely believe that we almost missed an opportunity like this. Afterwards we found out that Ted and Norma had been there too as well as some other people we knew.

I don’t remember all the speakers, but there was oh so sadly lackluster George McGovern and the definitely not lackluster Bella Abzug, the outspoken feminist and anti-war activist from New York City who later became a U.S. congresswoman.[1.When Richard Nixon was reelected in 1972, I could hardly believe my eyes and ears. I had taken it for absolutely granted that he would lose to McGovern. But I was naïve.] 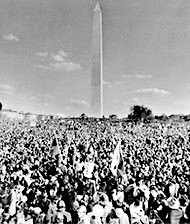 The event drew hundreds of thousands of people to Washington D.C. on Nov 15, 1969

I remember the singers more vividly and Pete Seeger was of course, as always, the most inspiring since he made everybody sing along. He actually also made his appearance at a mini-demonstration and candle vigil we held in Mamaroneck a bit later on that winter. We could not thank him enough for that. Here there was the fabulous trio ‘Peter, Paul and Mary’ (also in Mamaroneck in fact – amazing) and Joan Baez, all of them wonderful. You might see this as mass hysteria and I guess that is not really incorrect, but there are different kinds of mass hysteria. We were just so intensely happy to find all these soul brothers, the thousands and thousands who had come to D.C. just to express our hatred of war in general and the Vietnam War in particular. There were people of all ages and we were all freezing. However, we kept singing and listening, standing up most of the time, but sometimes sitting down on the cold grass.

The corporate media said afterwards that there were 20,000 people, but WBAI, our listener sponsored radio station (Radio Pacifica) that Allyn and I listened to every day, said it was completely false and that there were certainly over 100,000 demonstrators in DC that day. I see today on the Internet that there were half a million protesters in Washington D.C. that day.[2. Nov. 15, 1969, Anti-Vietnam War Demonstration Held]

In those days I was in love with all the various peace singers. My absolute favorite as a poet and a singer is and was Bob Dylan, but I suppose he should be considered in a class by himself. However, ‘Blowin’ in the Wind’ is a clear anti-war song:

I love it and so did the kids at my first summer camp, Camp Winamac in New Hampshire. Young people in that day went wild about the song and you heard it everywhere. You couldn’t tune it out. Another song that really made it that year was ‘Puff — the Magic Dragon‘, sung by Peter, Paul and Mary and written by Peter Yarrow and Leonard Lipton. I believe most kids sang it innocently not really knowing that it was all about pot and drugs. Well, maybe they were not all that innocent after all.

Pete Seeger was of course the number one peace singer, known to everybody, it seems to me. He also has a voice that is far better than Bob Dylan who doesn’t have much of a voice in fact. And yet I love him. There is the great Tom Paxton. His so simple and effective words in ‘What Did You Learn in School Today?’ really sum up what is and was wrong with the United States government and policies.

Tom Paxton also wrote the other wonderful anti-war song, the one that touches on Germany and Germans, “We Didn’t Know”:

We didn’t know said the burgermeister
About those camps on the edge of town
It was Hitler and his crew tore the German Nation down
We saw the cattle cars it’s true
And maybe they carried a Jew or two
They woke us up as they rattled through
What did you expect me to do?

We didn’t know it all
We didn’t see a thing
You can’t hold us to blame
What could we do?
It was a terrible shame
But we can’t bear the blame
Oh no, not us, we didn’t know.

Other favorites of mine were Phil Ochs, Joan Baez and Judy Collins. Joan Baez may not have had as good a voice as Judy Collins, but she could certainly arouse a crowd. And there was, of course, the wonderful trio Peter, Paul and Mary, whom we were even very lucky to hear in Mamaroneck at our candle vigil, some time very soon after the November ’69 Moratorium in Washingon D.C.

Phil Ochs ended up very sadly, committing suicide at the age of 35. He left us with lots of beautiful songs however and we will never forget him and his cowboy way of singing. “I ain’t Marching Any More” is one of his most moving songs.

Those were words we were dying to hear and that could rouse any peace-loving crowd in the Vietnam war years.

Peter, Paul and Mary sang ‘Blowing in the Wind’, ‘This Land is Your Land,’ but, above all they sang ‘Where Have All the Flowers Gone?’

In the fourth stanza they have gone from flowers to young girls, to young men and to soldiers – (and later to graveyards). But the most fascinating singer of this song was certainly Marlene Dietrich. The song was superbly translated into German — ‘”Sag mir wo die Blumen sind”‘. Marlene keeps changing the key constantly, which you may or may not like. It’s a bit artificial, but Marlene Dietrich is a phenomenon; her sexy looks and her equally sexy voice. She also sang ‘Blowing in the wind’ — in English with just a slight German accent and with an accordion as accompaniment.[1. ‘Blowing in the wind’ Youtube]

Marlene Dietrich has always fascinated me, ever since my very young years. I remember in Luxeuil I once mentioned to Gaëtane how good she looked. Gaëtane said “Oui, elle est bien conservée.” I learned a new word. Marlene (the final e pronounced as rhyming with ‘the’ in ”the woman’) was in fact past 50 at the time, older than both my parents. I had seen her in ‘The Blue Angel’ and I loved her. This eternally young and sexy woman with the enthralling alto voice fascinated the entire Western world. John actually saw her on the stage in New York City in the late sixties, but I never did. She became a U.S. citizen in ’39 and “throughout World War II she was a high-profile front-line entertainer”.

I remember her singing ‘Lili Marleen’, the ‘ear-hanger’ (as we said in Swedish; ‘örhänge’) during the entire war. We usually spent our summer vacations during the war at my grandparents’ place. One sunny day when I was drying dishes in the big kitchen, Grandpa heard me sing it. He came out and said with a happy smile that he loved to hear me sing ‘Lili Marleen’. It was his favorite song. Mine too, at the time. Everybody loved it. The song[3. Lili Marleen in German, sung by Marlene Dietrich. This is my favorite version. Her singing is perfect and I also prefer the accompaniment.] was actually written during World War I, but was picked up again during the second World War.

Marlene Dietrich was very actively involved in the U.S. war activities against Nazi Germany in many different ways. But most importantly she performed for the Allied troops in Algeria, Italy, the UK, France and the Netherlands in 1944 – 45. Needless to say, the soldiers adored her.

Marlene Dietrich was a phenomenon who can never be fathomed by those younger generations who never saw and heard her extremely sensuous alto voice.